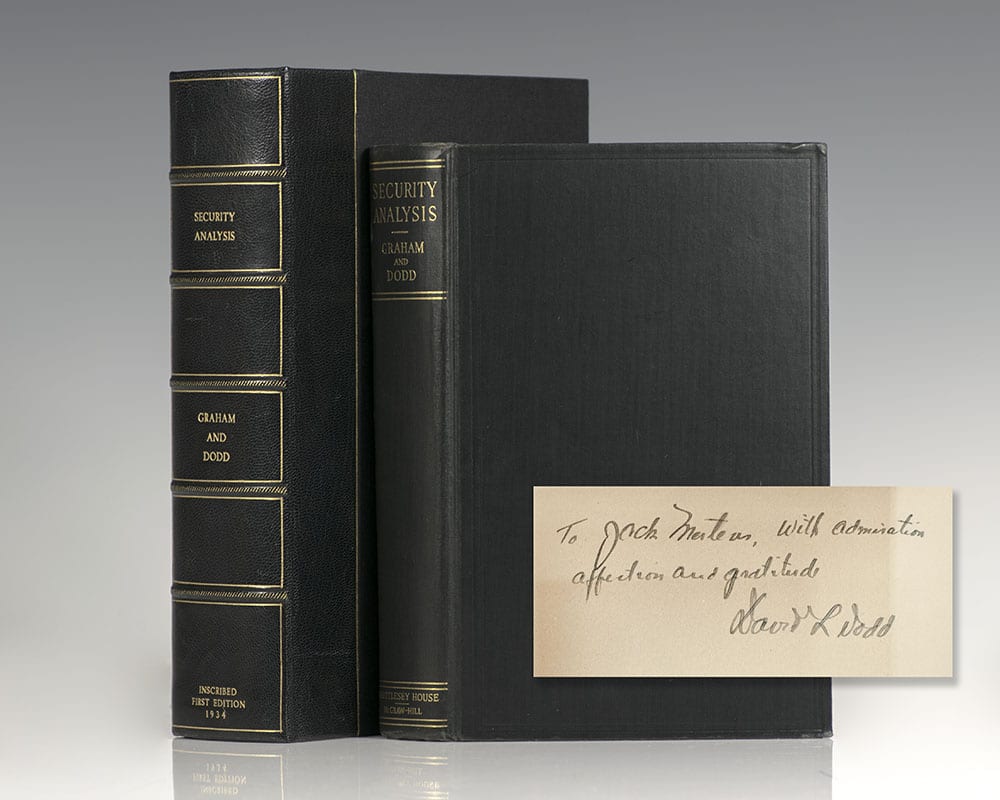 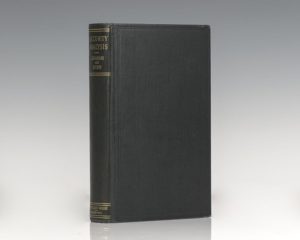 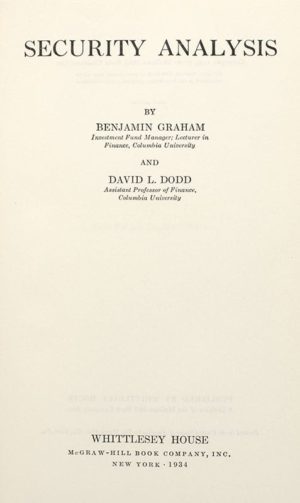 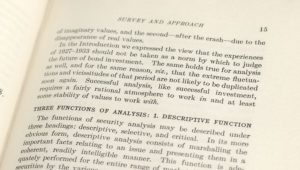 First edition of Graham and Dodd’s seminal work, considered the Bible of modern financial analysis. Octavo, original black cloth. Warmly inscribed by David Dodd on the front free endpaper. In fine condition with a touch of rubbing.  Examples of the first edition are known to exist both in black cloth binding, with “Whittlesey House-McGraw Hill” in gilt at the foot of the spine (which this example is) and in red cloth binding, with “McGraw-Hill Book Company” in gilt at the foot of the spine. No priority of issue has been established, both are rare and desirable. Housed in a custom half morocco clamshell box. Signed and inscribed first editions of Security Analysis are exceptionally rare.

Continuously in print through six editions, for more than 80 years, and with nearly a million copies sold, Security Analysis is indisputably the most influential book on investing ever written. Known as the investors' bible, it is as frequently consulted today as it was when it first appeared in 1934. The original words of Benjamin Graham and David Dodd--put to paper not long after the disastrous Stock Market Crash of 1929--still have the mesmerizing qualities of rigorous honesty and diligent scrutiny, the same riveting power of disciplined thought and determined logic that gave the work its first distinction and began its illustrious career. In 2016, Fortune called the book "still the best investment guide" and noted its "extraordinary endurance." The article states that "Graham, the primary author, then an obscure professor and money manager, chose the Great Depression as the time to assert his faith in patient security analysis and long-term investing. Given that the market was in the throes of an epochal collapse, very few folks were interested in investing. But Graham had the courage to see through the moment." Fortune also argues that one reason the book remained popular is that "it proffered an irreplaceable approach to investment. Stocks were to be valued as a shares of a business, bought and sold on that basis. No one contemplating the purchase of a family farm pondered the market trend or the latest jobs report; so should it be with common stocks."