"I have numerous readers among farmers and workers. They make India. Their poverty is India's curse and crime. Their prosperity alone can make India a country fit to live in:" Second Series of Mohandas K. Gandhi's Young India; signed and dated by him 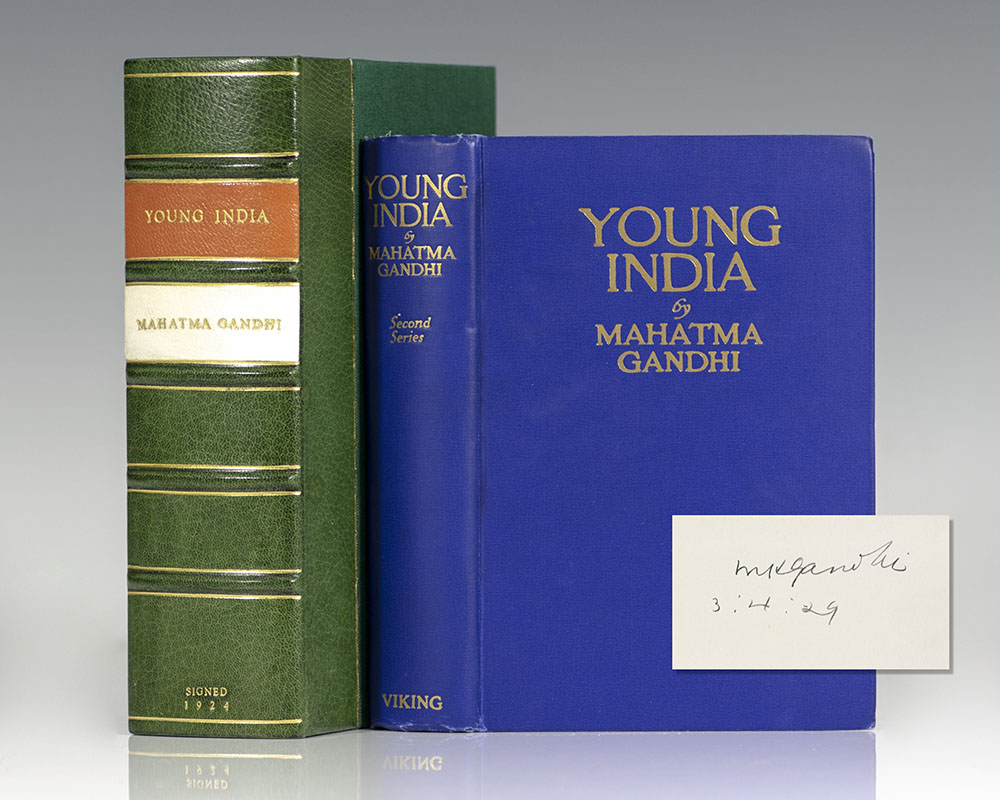 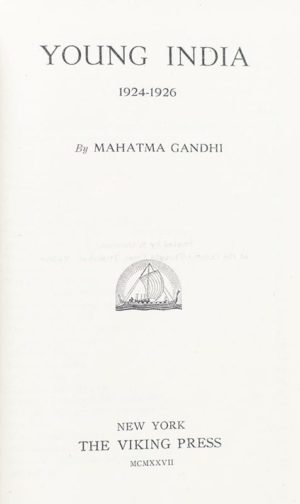 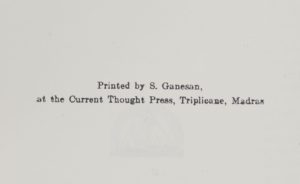 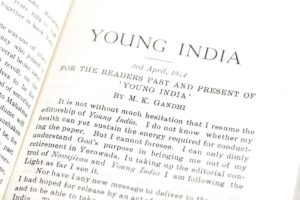 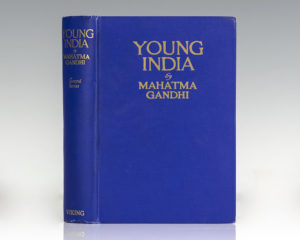 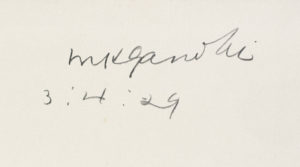 First edition of the second series of the writings of Gandhi. Octavo, original cloth with gilt titles to the spine and front panel. Signed and dated by Gandhi on the front free endpaper, “MK Gandhi 3:4:29.” Gandhi founded and published the weekly periodical in English, Young India, from 1919 to 1931 to spread the philosophy and principles of the Satyagraha Movement and urge readers to participate in it. In near fine condition. Housed in a custom half morocco clamshell box. Exceptionally rare and desirable signed and in this condition.

Mohandas Karamchand Gandhi led the 32-year struggle for Indian Independence against British rule employing the use nonviolent civil disobedience, inspiring movements of civil rights and freedom throughout the world. Gandhi lived a modest lifestyle and was held as a political prisoner for many years throughout the course of the movement. In 1948, only two years after the British reluctantly granted independence to the people of the Indian subcontinent, Gandhi was assassinated on his way to a prayer meeting in the Birla House garden. His death was mourned nationwide; over two million people joined the five-mile long funeral procession in his honor.