Where Do We Go From Here: Chaos or Community?

“INJUSTICE ANYWHERE IS A THREAT TO JUSTICE EVERYWHERE": First Edition of Martin Luther's King Jr.'s Where Do We Go From Here: Chaos or Community?; inscribed by him 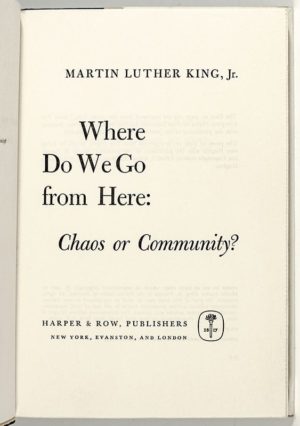 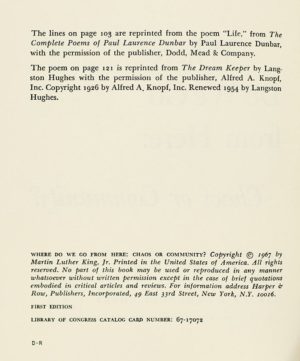 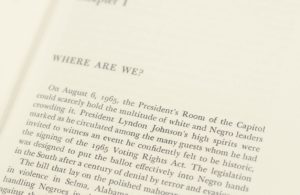 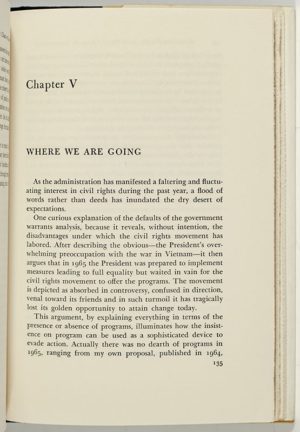 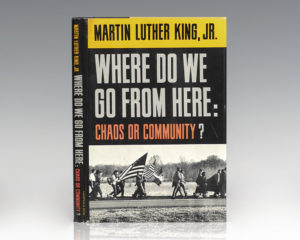 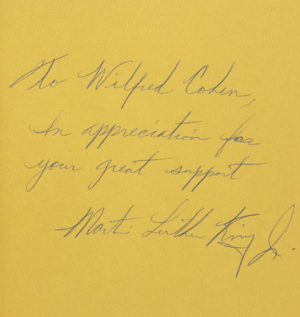 Where Do We Go From Here: Chaos or Community?

Where Do We Go from Here is Dr. King’s analysis of the state of American race relations and the movement after a decade of U.S. civil rights struggles. ‘‘With Selma and the Voting Rights Act one phase of development in the civil rights revolution came to an end,’’ he observed (King, 3). King believed that the next phase in the movement would bring its own challenges, as African Americans continued to make demands for better jobs, higher wages, decent housing, an education equal to that of whites, and a guarantee that the rights won in the Civil Rights Act of 1964 and the Voting Rights Act of 1965 would be enforced by the federal government.