Large black and white photograph of the Roosevelt Luncheon at Lordvale, the home of industrialist Henry Worcester Smith in Grafton, Massachusetts; Signed by Theodore Roosevelt 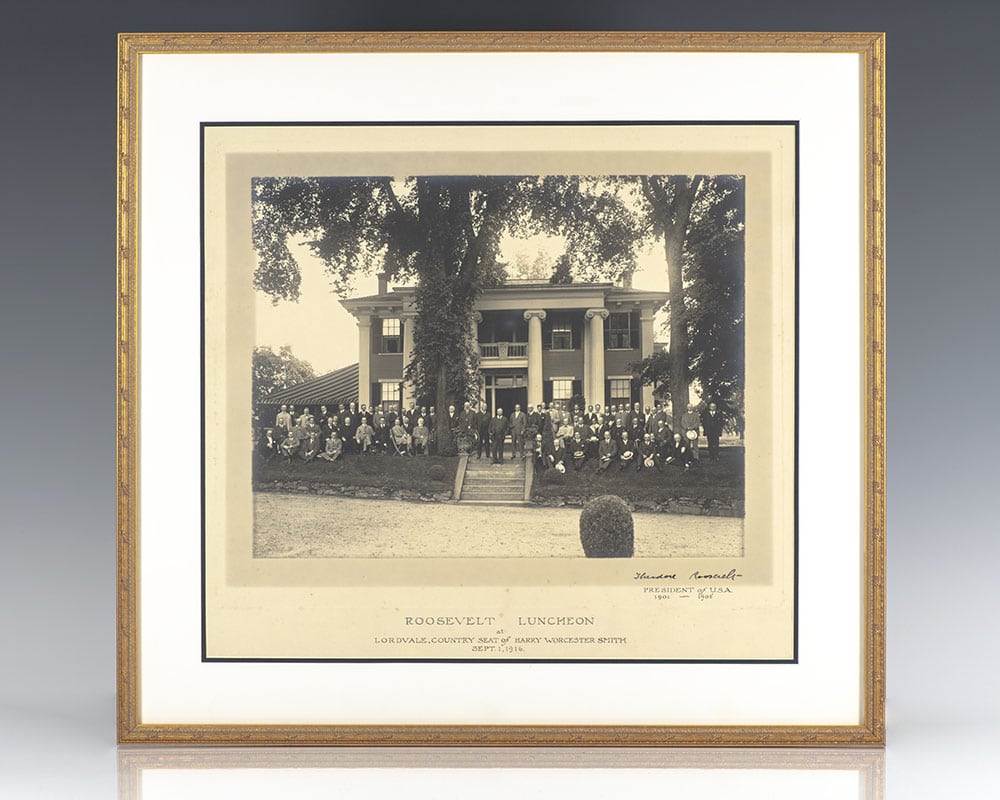 Theodore Roosevelt was an American statesman, author, explorer, soldier, naturalist, and reformer who served as the 26th President of the United States from 1901 to 1909. As a leader of the Republican Party during this time, he became a driving force for the Progressive Era in the United States in the early 20th century.