The Wind in the Willows.

"ONE OF THE MOST ENDEARING BOOKS EVER WRITTEN FOR CHILDREN": First Edition of Grahame's The Wind in the Willows 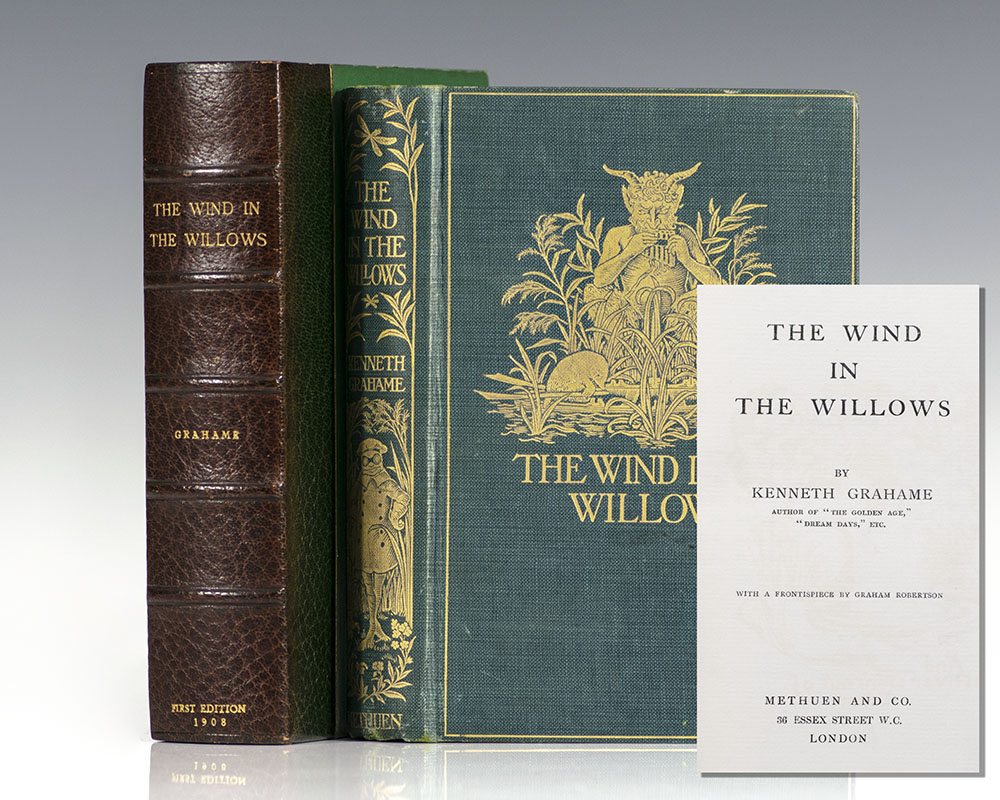 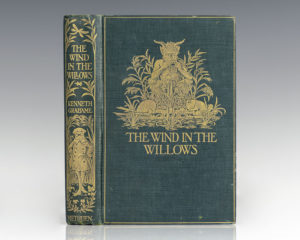 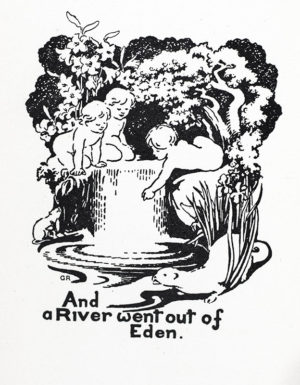 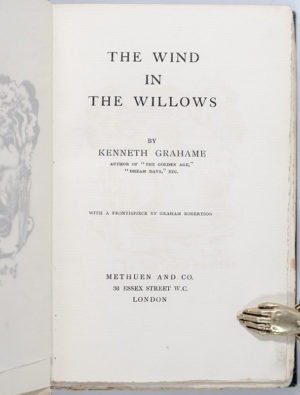 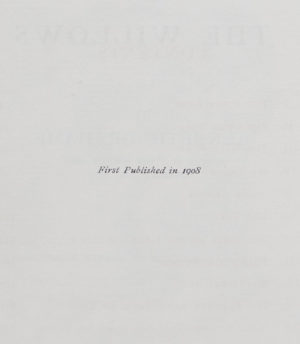 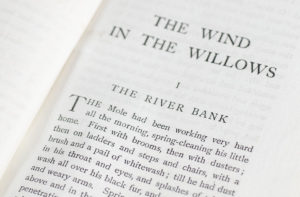 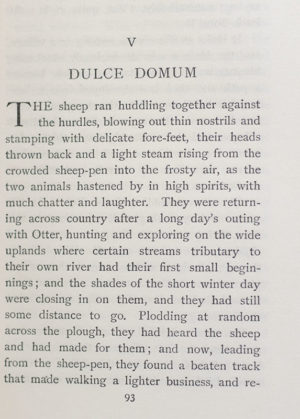 The Wind in the Willows.

First edition of the beloved children’s novel, which author A.A. Milne once referred to as a “household book,” “one of the classic read-aloud books that should not be missed by any family” (Silvey). Octavo, original gilt-stamped pictorial green cloth, top edge gilt. In fine condition with a touch of shelfwear. Housed in a custom half morocco and chemise box. An exceptional example, uncommon in this condition.

"Unquestionable is the permanence, as an inspired and characteristically English contribution to children's literature, of Kenneth Grahame's The Wind in the Willows… one of the most endearing books ever written for children… Part of the secret success of the book is that its appeal is ageless and parents never tire of reading it aloud. Like all great books it is inexhaustible" (Eyre, 62). Grahame created his classic as a series of bedtime stories for his four-year-old son, Alastair, who was known as Mouse; yet it also became "in many respects an elegy for the old idyllic English rural life which Grahame could now see was passing away forever" (Carpenter & Prichard, 218). In a letter to Theodore Roosevelt, Grahame described the book as "an expression of the very simplest of joys of life as lived by the simplest beings." C.S. Lewis praised it as "a perfect example of the kind of story which can express things without explaining them" (Carpenter, 168). With publisher's six-page Autumn 1908 Announcements laid in. Pierpont Morgan Children's Literature 269.