"I want my body and my hands to be pools for your looking and laughing": First Edition of Leonard Cohen's The Spice-Box of Earth; Signed by Him 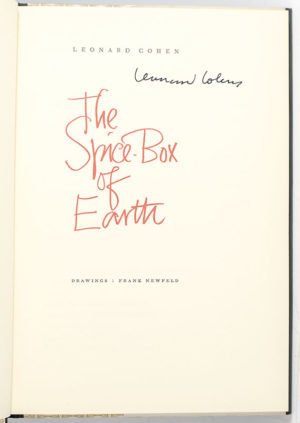 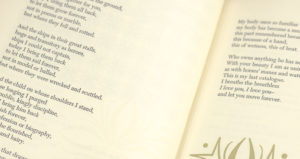 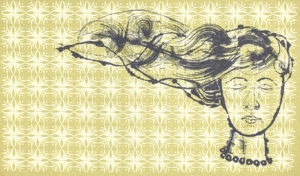 First edition of Cohen’s second book. Octavo, original cloth. Signed by Leonard Cohen on the title page. Fine in a near fine dust jacket with a touch of shelfwear. Jacket design by Frank Newfeld. Photograph of Cohen by John Max. Drawings by Frank Newfeld. A superior example, uncommon signed

The Spice-Box of Earth is Canadian poet and songwriter Leonard Cohen's second collection of poetry. It was first published in 1961 by McClelland and Stewart, when Cohen was 27 years old. The book brought the poet a measure of early literary acclaim. One of Cohen's biographers, Ira Nadel, stated that "reaction to the finished book was enthusiastic and admiring. . .[noting that] the critic Robert Weaver found it powerful and declared that Cohen was 'probably the best young poet in English Canada right now.'"