The Road To Serfdom.

"One need not be a prophet to be aware of impending dangers. An accidental combination of experience and interest will often reveal events to one man under aspects which few yet see": Rare First English Edition of The Road To Serfdom; Signed by F.A. Hayek 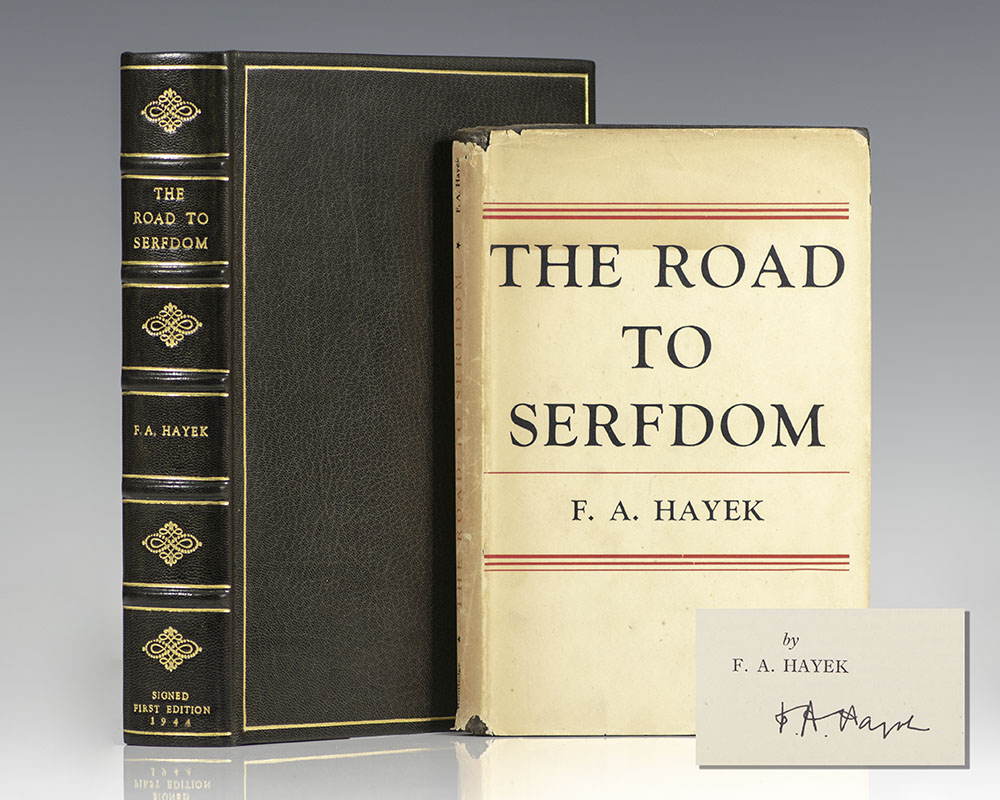 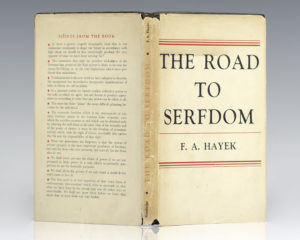 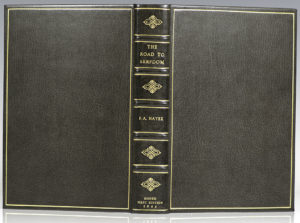 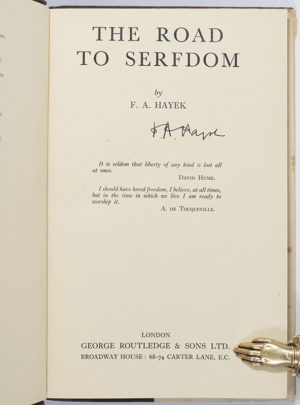 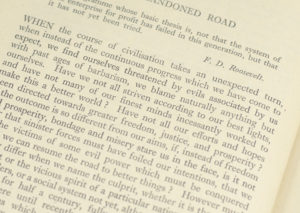 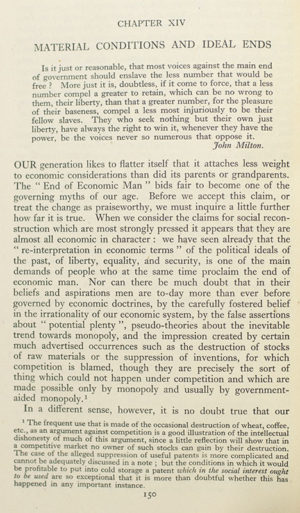 The Road To Serfdom.

First edition of one of the most influential and popular expositions of classical liberalism ever published. Octavo, original black cloth. Signed by F.A. Hayek on the title page. Fine in a near fine dust jacket with light rubbing to the spine tips. The British edition (which this example is) was published in March of 1944, preceding its American counterpart, which was published later that same year in September. Housed in a custom full morocco clamshell box. Rare signed.

"Hayek has written one of the most important books of our generation. It restates for our time the issue between liberty and authority with the power and rigor of reasoning that John Stuart Mill stated in his great essay, ‘On Liberty’" (Hazlitt, 82). [I]n my opinion it is a grand book. . . . Morally and philosophically I find myself in agreement with virtually the whole of it: and not only in agreement with it, but in deeply moved agreement" (John Maynard Keynes). The Road To Serfdom placed fourth on the list of the 100 best non-fiction books of the twentieth century by National Review magazine.