Rare collection of four original photographs of Rollie Free before and during his record-breaking 1948 motorcycle ride on the Bonneville Salt Flats; each inscribed by him 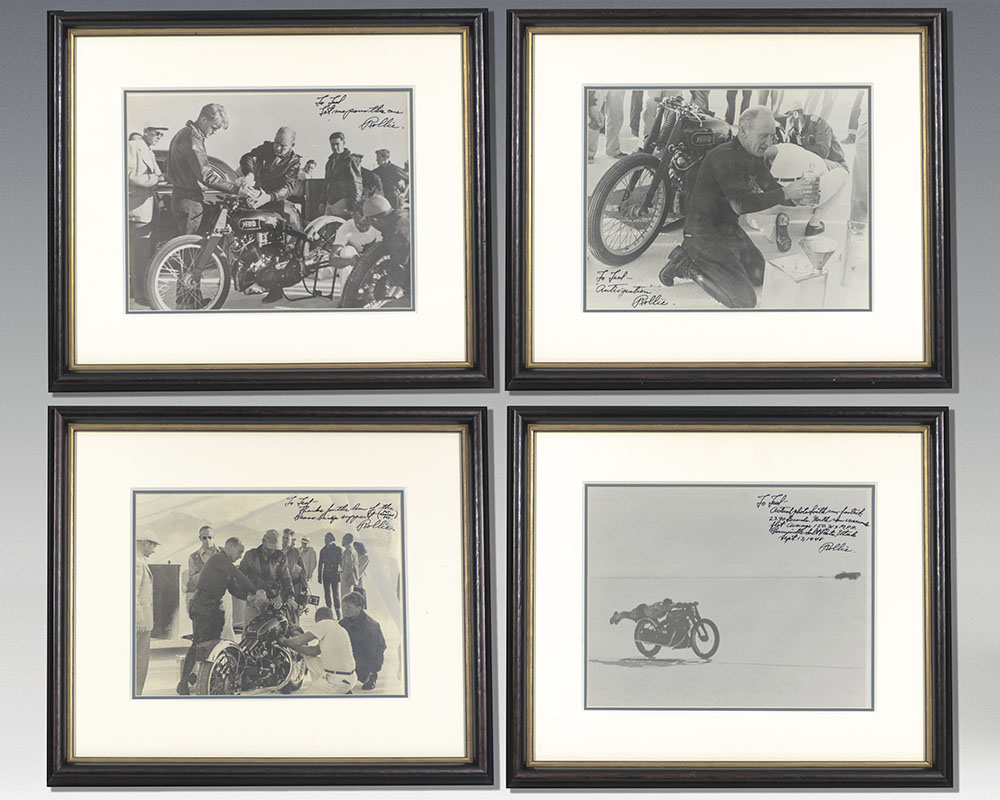 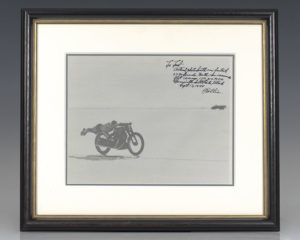 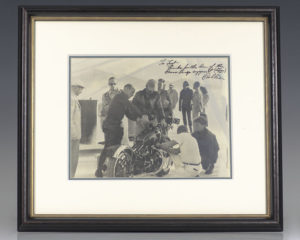 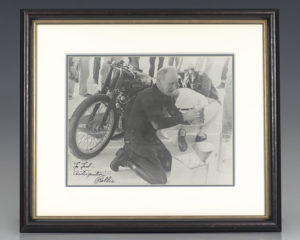 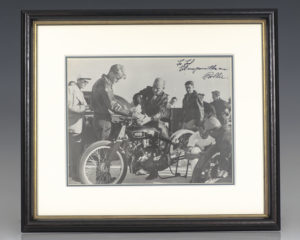 On September 13, 1948, motorcycle racer Rollie Free broke the American motorcycle land speed record by riding the very first Vincent HRD over the Bonneville Salt Flats, Utah. The picture of Free, prone and wearing a bathing suit, has been described as the most famous picture in motorcycling.