Rare First Edition of Peking the Beautiful; With 70 Photographic Plates; in the rare publisher's wooden slipcase 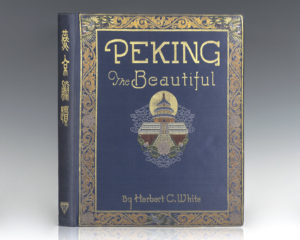 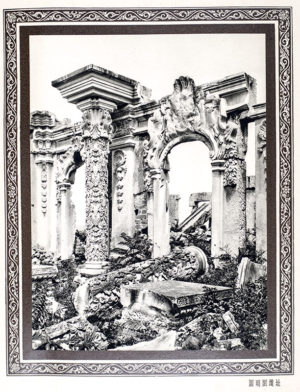 In 1927, photographer and art director of Signs of the Times Publishing House in Shanghai, Herbert C. White, published Peking the Beautiful. White dedicated the book, "To All Lovers of China's Glorious Artistic Heritage" and expressed sincere thanks to Princess Der Ling for her preparation of the captions of the book which she transcribed from the expertise of the Empress Dowager in the Forbidden City. 1920s China was a period particularly marked by the emergence of photographically illustrated publications dedicated to famous places. As is stated in the book's preface: “The very fact that so many of the ancient landmarks (...) are being torn from their foundations and ruthlessly destroyed, makes an album of this kind not only interesting as an art volume, but a work of immeasurable value to China and to the world, as an authentic record of picturesque Peking."