Many Cultures One Nation: Presidential Inauguration.

"Never, never again will this beautiful land experience the oppression of one by another": First Edition of the Inauguration Book of Nelson Mandela; Boldly Signed By Mandela, Desmond Tutu and F.W. de Klerk 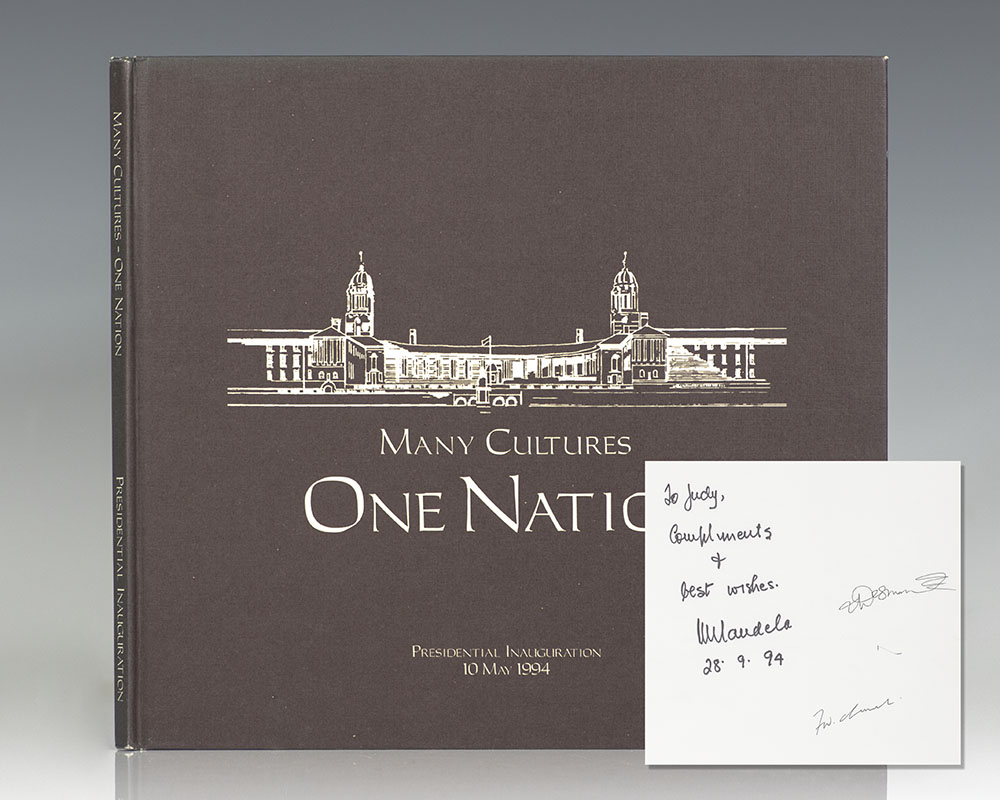 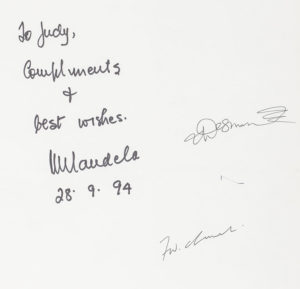 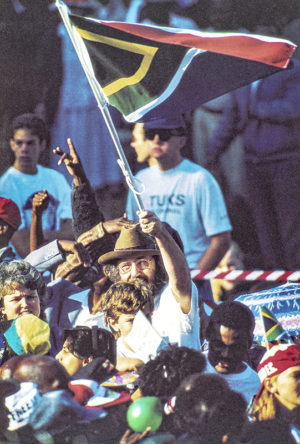 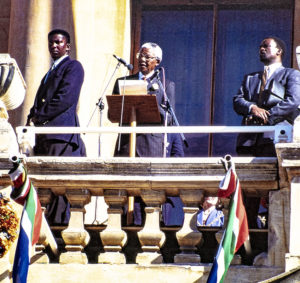 Many Cultures One Nation: Presidential Inauguration.

First edition of this work on the inauguration of Nelson Mandela. Oblong quarto, original cloth, illustrated throughout. Presentation copy, inscribed by Nelson Mandela in the year of publication, “To Judy, Compliments & best wishes. NMandela 28.9.94.” Additionally signed by Nobel laureates Archbishop Desmond Tutu and President F.W. de Klerk, who both participated in the inauguration. Desmond Tutu was awarded the Nobel Peace Prize in 1984 for his efforts in resolving and ending apartheid. In 1993, Mandela and de Klerk were jointly awarded the Nobel Peace Prize for their work in ending apartheid. After the first universal elections in 1994, de Klerk became deputy president in the government of national unity under Nelson Mandela, a post he kept until 1996. In 1997 he resigned the leadership of the National Party and retired from politics. In fine condition. Rare, especially signed.

In May 1994, Nelson Mandela was sworn in as the first black president of South Africa. In his inaugural address, Mandela, who spent 27 years of his life as a political prisoner of the South African government, declared that “the time for the healing of the wounds has come.” Two weeks earlier, more than 22 million South Africans had turned out to cast ballots in the country’s first-ever multiracial parliamentary elections. During his inauguration speech Mandela urged forgiveness, as he said in Africaans: "Wat is verby verby" - "What is past is past."