Letter Addressed to the Addressers, on the Late Proclamation.

Rare first edition of Paine's Letter Addressed to the Addressers, on the Late Proclamation; with four other early Paine titles 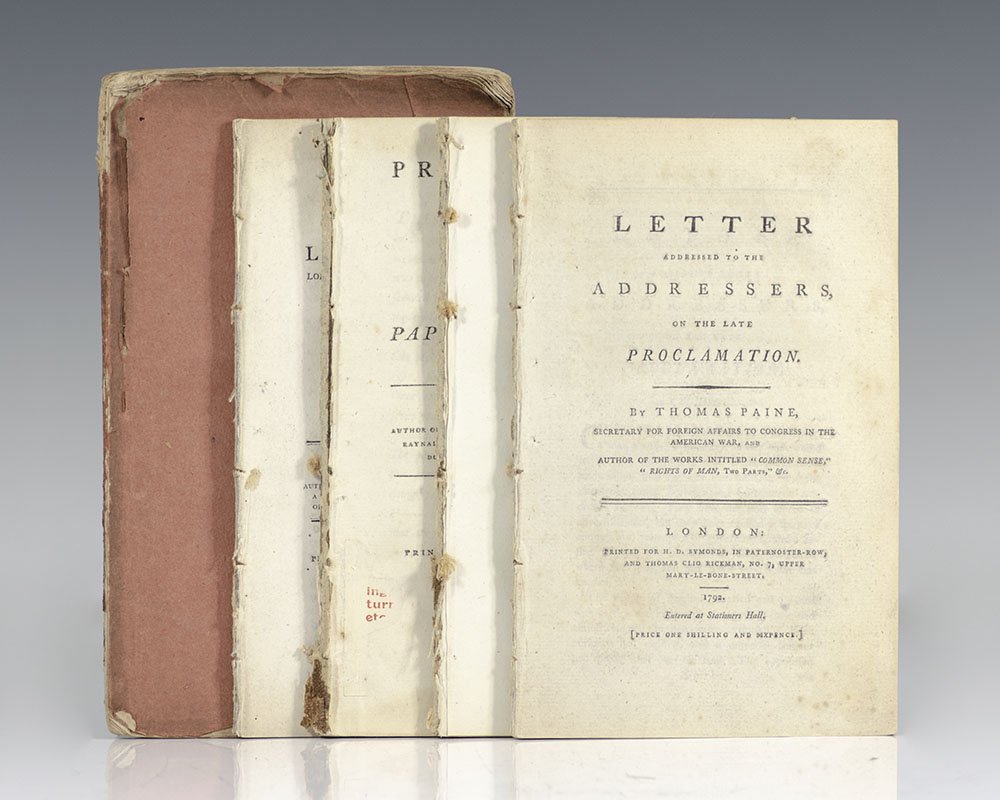 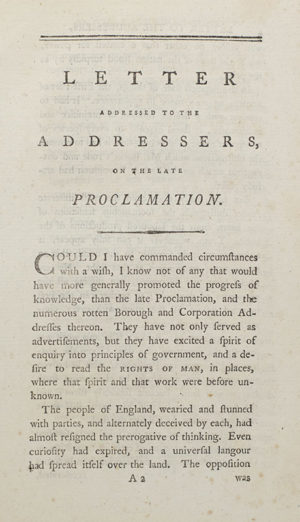 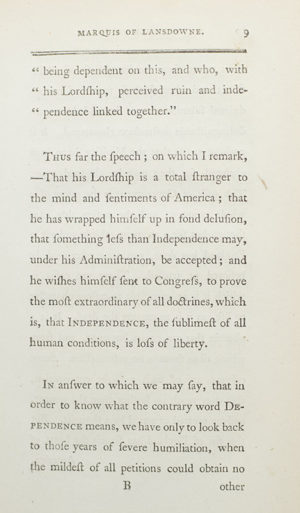 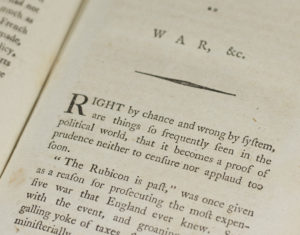 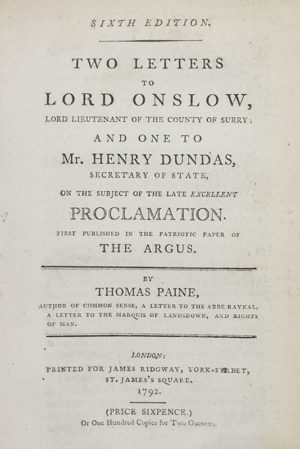 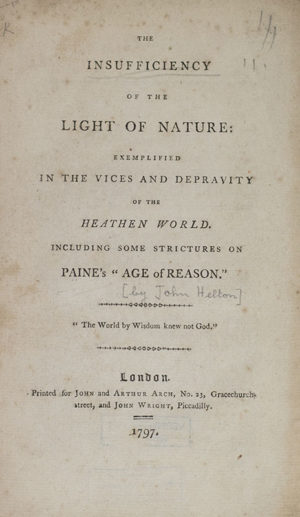 Letter Addressed to the Addressers, on the Late Proclamation.

First edition of Paine’s fervent letter defending Rights of Man and calling forth the American Revolution. Disbound. With four other early printings of rare Paine titles, including: A Letter to the Earl of Shelburne, Now Marquis of Landsdowne, on His Speech July 10, 1782, Repsecting the Acknowledgement of American Independence (London: Printed for J. Ridgway, 1791); Two Letters to Lord Onslow, Lord Lieutenant of the County Surry: and One to Mr. Henry Dundas, Secretary of the State, On the Subject of the Late Excellent Proclamation (London: Printed for James Ridgway, 1792); and Prospects on the War and Paper Currency (London: Printed for James Ridgway, 1793); The Insufficiency of the Light of Nature Exemplified in the Vices and Depravity of the Heathen World. Including Some Strictures on Paine’s Age of Reason (London: Printed for John and Arthur Arch, 1797). In very good to near fine condition.