Portrait of Henry James by John Singer Sargent; Signed by both James and Sargent 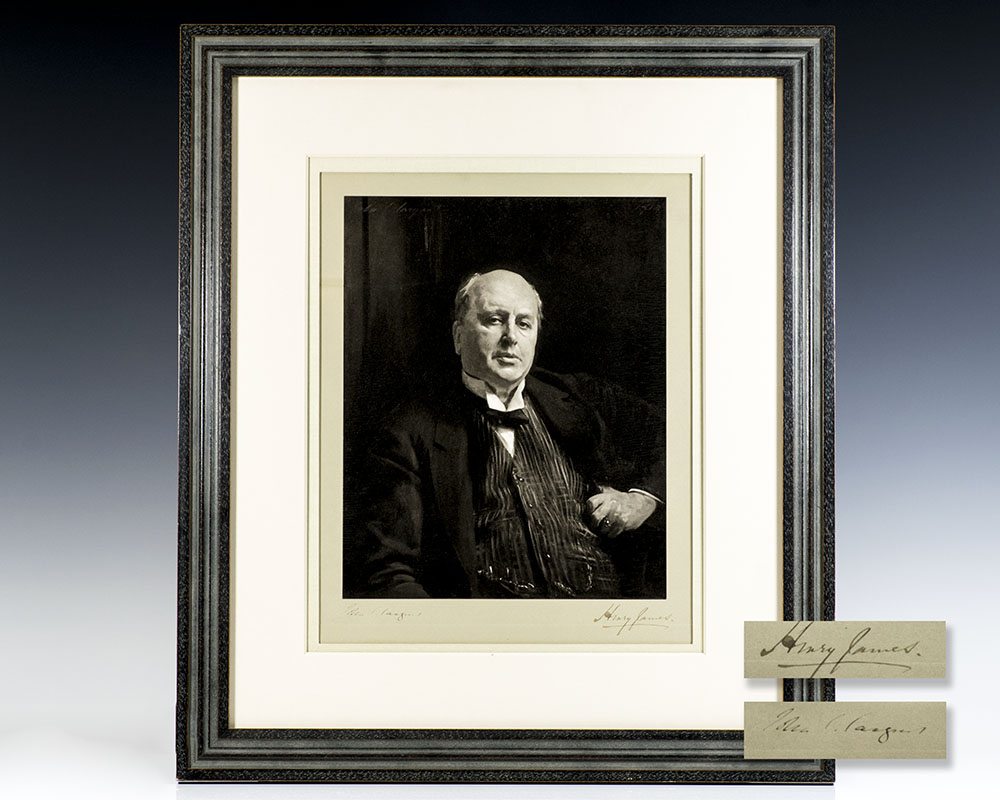 Sargent and novelist Henry James (1843–1916) were the two greatest recorders of the transatlantic social scene in their respective arts and close friends for more than forty years. James remained an acute and supportive critic of Sargent’s work, while the artist paid tribute to his friend’s writings. In 1913, a group of James’s friends decided to commission a portrait in celebration of his seventieth birthday. James would not accept the gift, but agreed to act as its "custodian" on the condition, specified in his will, that it be given to the National Portrait Gallery in London, where it now hangs. Sargent was the obvious choice despite confiding to the novelist that having "stopped portraiture for these past three or four years, he had quite ‘lost his nerve’ about it." Sargent’s painting is a masterly study of an enigmatic literary genius and a sympathetic depiction of an aging friend. The American-born novelist Henry James settled in England, at Lamb House, Rye, in 1898. By the time this portrait was painted he was at the end of a career which had seen the success of early novels such as Portrait of a Lady (1881), followed by the late masterpieces The Wings of the Dove (1902) and The Golden Bowl (1904). This portrait was commissioned to celebrate James's seventieth birthday by a group of 269 subscribers organised by the American novelist Edith Wharton, although ultimately Sargent, a fellow American and friend, waived his fee. When it was completed James pronounced the portrait to be 'a living breathing likeness and a masterpiece of painting.'